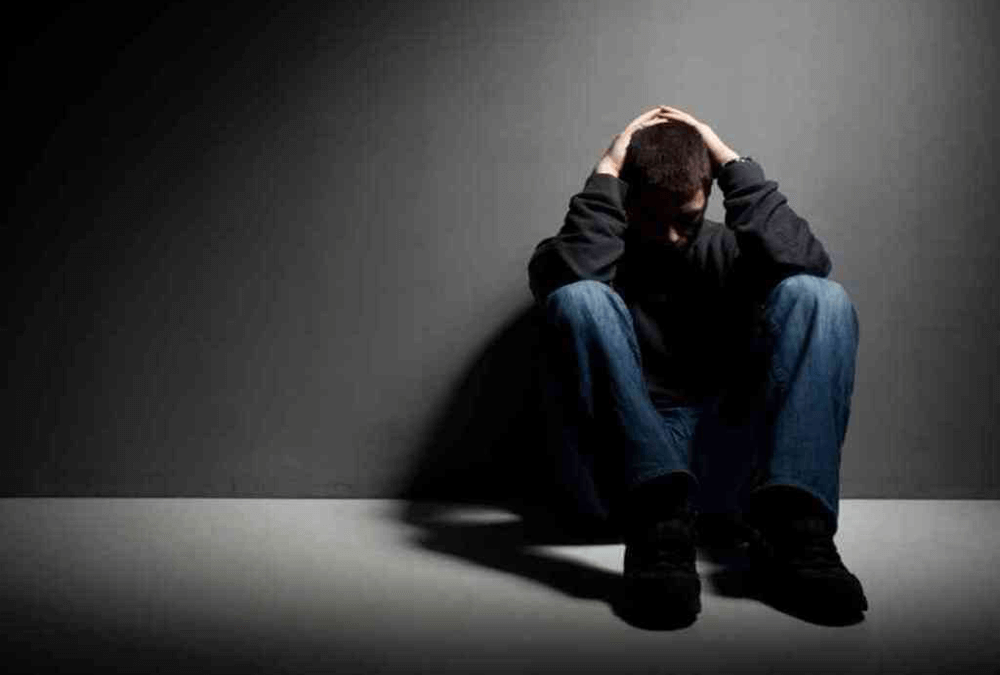 It used to be that psychologists thought that women were far more likely to suffer from depression than men. Researchers eventually found layers of defense that men use far more often than women, and have kept hidden much of the depression that men suffer from.

“I Don’t Want to Talk about It: Overcoming the Secret Legacy of Male Depression” by Terrence Real is a wonderful book that brings forth a series of insightful perspectives about ways that men tend to hide their depression both from themselves and from others. Men are afraid to face or expose their depression because they subconsciously believe that they will be perceived as effeminate or even gay. As a result, the weakness and helplessness that accompany depression are qualities that men tend to be much more averse to than women.

In an attempt to manage their feelings of depression, men tend towards two strategies: addiction, and domination. Addiction can be any behavior or substance that might offer some short term relief from the pain and confusion of depression: substances, work, sex, adrenaline all work just fine to this end. Domination behaviors such as violence (domestic or otherwise) or situations where they can assert their power over others to excess, such as with children, spouses, employees, other drivers on the road…. the list is endless.

The process of healing from depression for women is not always easy, but has fewer pitfalls. Women tend to be much more comfortable with their vulnerability, as well as much more relational when in it. They will get support from their friends, and be more likely to drop into the underlying traumatic events that have overwhelmed them and led them to their depression.

Navigating the healing process for men can be trickier than with women. Because of men’s fear of vulnerability concurrent homophobia, men need to first work through the matrix of their fear of vulnerability, which can be insurmountable for some.  Once this has been navigated well enough, then they need to face and work through their addictive or dominating behavior, which can be even trickier, especially when the light at the end of the tunnel is clouded with their underlying depression. Facing their depression, and feeling the underlying feelings of overwhelm, helplessness and hopelessness with courage and tenacity, is not so easy. Finally to process and heal the underlying traumas that have led to the depression is possible, but carry their own difficulties.

Getting support from a therapist is essential for many men, though it often takes a long time for some to get to the point where they are willing. Learning how to find the positive feelings, and sensations in the body, even while suffering from depression, or facing traumas is, in my opinion, essential to be able to release trauma from the nervous system, and restore health. Whether it be working with a trained Somatic Experiencing Practitioner, or integrating various forms of bodywork into the practice under the guidance of a psychotherapist, including the body in the healing process is essential in the transformation process. Without it, there is only the pain of depression and trauma.

Often times, finding a men’s group can be a helpful support. Being with other men, sharing in each other’s humanity, becoming more comfortable in their own sexuality, learning where there is a difference between mutual support of other men and being gay, are all thresholds that are more available for men in a group. Sometimes they are more accessible in a group than in one on one therapy.

Whatever strategy you use to work through this, begin to hold this Path of vulnerability as a doorway. It is, in my experience, more difficult and courageous to move towards opening one’s heart to it’s inherent vulnerability than to turn away from it.

Start your journey to more love, potency and presence in your life by coming to one of my events or workshops. Stay updated on my schedule by signing up below!

As a somatic educator, Eric Sjoberg brings his lifelong passion for the exploration of human potential to his work with clients.

He believes the ways that the different aspects of mind, body, heart, and spirit weave together is a fascinating relationship that can inherently bring healing and fulfillment to our lives.